The third largest plastic producer in the world is the United States. Consumers of this plastic — primarily parts manufacturers — are familiar with the benefits of injection molding compared to other manufacturing processes. For example, CNC machining and 3D printing are expensive and slow. Vacuum forming is slow and does not work for parts with complex shapes or fine details. Extrusion is fast, but is limited in the shapes that can be produced.

Plastic injection molding, on the other hand, is fast, inexpensive, and well-suited for detailed parts. For many applications, from toys to automotive parts, plastics injection molding is the preferred manufacturing process.

By contrast, valve gate systems have a physical pin that blocks the flow of plastic into the mold cavity. Valve gating provides many advantages over thermal gating. Here are four benefits of valve gating:

Thermal gating is very sensitive to cycle times. If the mold is opened too quickly, the plug may be insufficiently cooled. This can lead to drool or stringing. If mold opening is delayed too long, the plug can freeze in the gate. This can lead to machine wear as the injector must force the frozen plug from the gate for the next shot.

Valve gating, on the other hand, is less sensitive to cycle times. Since the molten plastic is held back by the valve gate, there is less risk of stringing and drool and no risk of a frozen plug.

In thermal gating, the part must be held until both the part and the plug in the thermal gate have solidified. By contrast, valve gating allows the part to begin solidifying as soon as the valve gate is closed. This means shorter hold times and faster production. For large parts, valve gating can shave off a few seconds per cycle. Over time, this can make a significant difference in your production levels.

One of the greatest sources of internal stress in parts that have been injection molded is the shear stresses when the part is separated from the gate. The optimum size for a thermal gate is on the small side. This makes sense because a smaller plug will cool faster than a larger plug.

By contrast, the optimum size for valve gating is on the large side because the gate must contain a pin. The benefit of a larger gate opening is that it results in lower molded-in stress.

Moreover, the appearance of parts produced using valve gate systems is cleaner. The valve gate creates a clean break from the hot runner nozzle. A thermal gate, however, can leave a deformation or discoloration where the part was separated from the plug left in the nozzle. Moreover, as discussed above, the appearance of parts produced using thermal gate systems can also be marred by drool and stringing.

Parts made with thermal gate systems are ejected from the mold after the part and plug in the thermal gate have cooled and solidified. Because the plug is retained in the thermal gate, parts must be broken from the plug. This usually results in a small vestige of the plug on the molded part. This vestige not only constitutes waste, but also requires time to cut, grind, or sand off.

By contrast, the valve gate cuts the part off from the nozzle with no vestige. This results in a more efficient process since there is reduced waste and less labor finishing the part after molding. 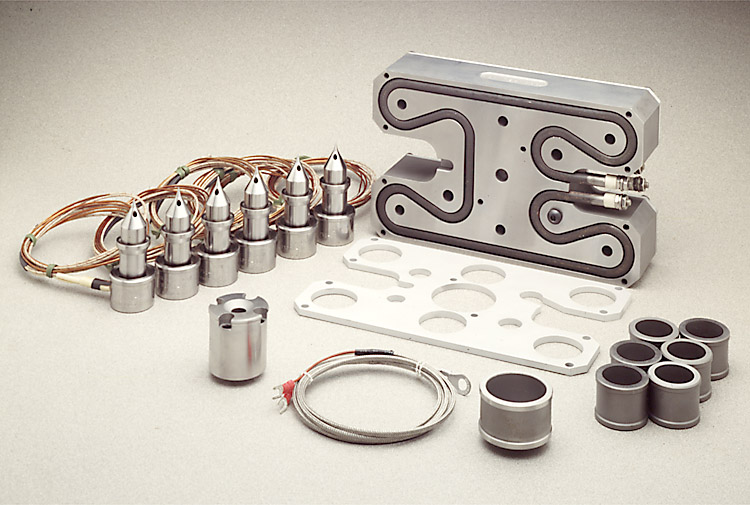 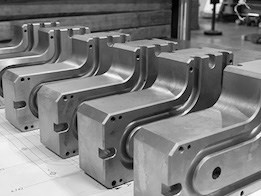